The music artistes were arrested yesterday, Sunday 13th December after performing at a show held in Ddungu Resort, Munyonyo, Kampala.

They were arrested alongside Muyiwa Awomiyi, a Nigerian and four Ugandans.

They have been charged to a court in Makindye, Uganda for violating Covid-19 guidelines, which according to the Ugandan Penal code is an act likely to spread an infectious diseases.

Omah Lay, Tems and the others have been remanded in the Ugandan Police custody until Wednesday, 16th December, 2020.

There have been mixed reactions following the arrest and detention of the Nigerian artistes. 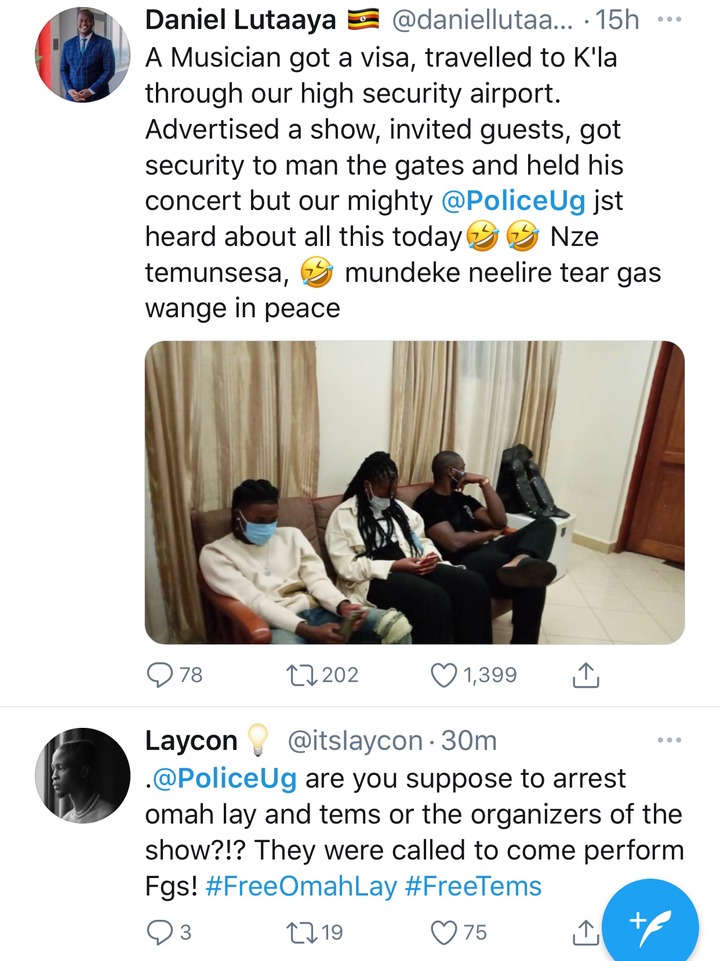 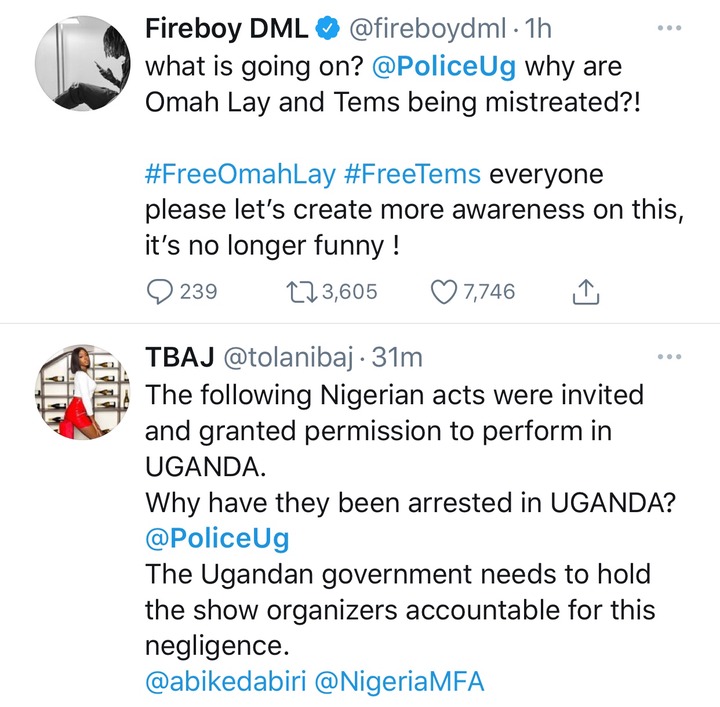