GThe Speaker of the Nigerian House of Representatives, Femi Gbajabiamila has finally reacted after his security aide shot a newspaper vendor in Abuja.

Femi Gbajabiamila on his Twitter handle this morning revealed that he has suspended the officer who fired the shot at the newspaper vendor from his convoy.

He also revealed that investigations have commenced, as he has caused a report to be made to the local police station in Abuja.

Speaking on the circumstances that led to the death of the newspaper vendor, Femi Gbajabiamila said that he was leaving the National Assembly complex yesterday evening when he stopped to exchange pleasantries with newspaper vendors at the corner.

However, some unidentified men obstructed his convoy after his convoy set out to continue their movement and the security men in his convoy shot in the air to disperse the men.

On getting to their destination, Femi Gbajabiamila said that he received information that someone was hit by a stray bullet.

The speaker expressed dissatisfaction at the ‘horrible’ incident, stating that he values human lives and respects all people irrespective of their social or economic status. 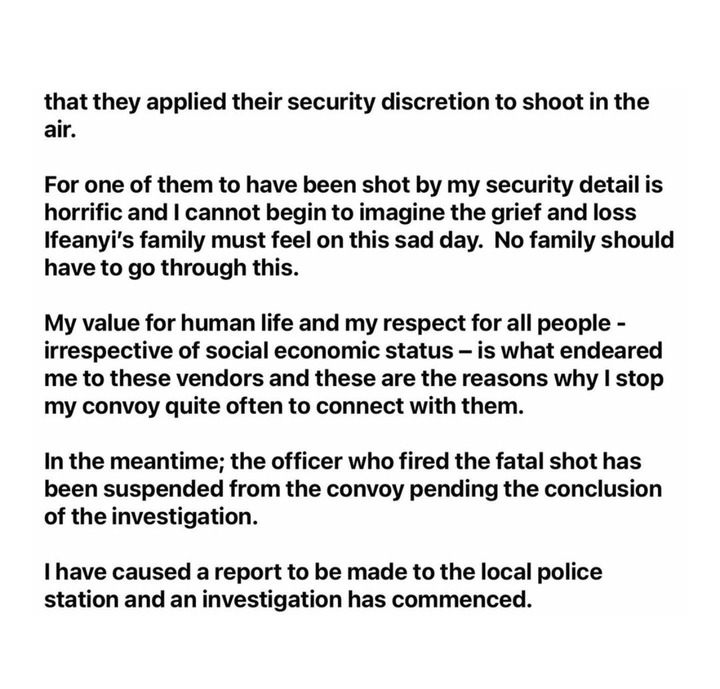 Recall that a video went viral yesterday, showing the moment the newspaper vendor identified as Elechi Emmanuel was shot.

The victim was seen gasping for air as his colleagues tried to revive him. He was later rushed to the National Hospital where he was confirmed dead.

The Screening Committee of the All Progressives Congress (APC) has disqualified Edo State Governor, Godwin Obaseki, from contesting in the party’s governorship primary election scheduled for June 22, 2020. The committee chairman, Prof. Jonathan Ayuba, made the disclosure in a press conference on Friday afternoon. He said the governor did not present his Higher School […]

We Have Failed Nigerians As Leaders – Ortom

Benue State Governor, Samuel Ortom, on Wednesday, said Nigerian leaders have failed in there bid to reposition the country. Ortom, who spoke during the International Youth celebration held at new banquet hall, Makurdi, said the crop of leaders paddling the affairs of the country, including himself, have failed to institutionalise principle of fairness and equality. […]

A former Edo State Governor, Adams Oshiomhole, has lamented that card readers are not working at some polling units in Saturday’s Edo governorship election. He said this after casting his vote at polling unit 01, Ward 10 in Uzairue northeast, Etsako West Local Government Area. The former National Chairman of the All Progressives Congress, however, […]