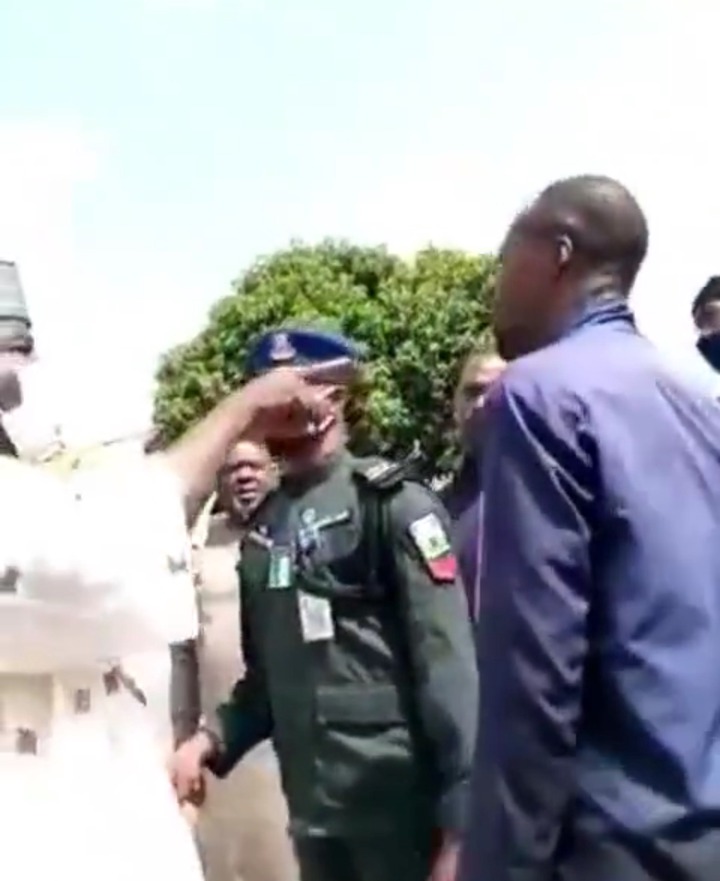 He was seen slapping a mechanic over an unknown disagreement between himself and the mechanic.

The Local Government Chairman who looked visibly angry in the video making rounds on the internet could not control his anger as he descends on the mechanic even as his security aides tried to stop him.

Social media users who are currently reacting to the video have voiced out their opinions about the development.

This issue has reminded Nigerians of the case of Senator Aboh who is also from Adamawa State that assaulted a woman at an adult toy store.

Lagos Government Relaxes Curfew From 10pm To 6am

Governor Babajide Sanwo-Olu has again relaxed the curfew he imposed in Lagos state in the wake of the #EndSARS crisis which led to the destruction of properties.  The curfew which was formerly between 8pm to 6am, will now take effect from 10pm till 6am. The announcement was made in a statement released on Friday October 30, by the […]

Apparently, the internet is on frenzy following the 4.0 magnitude earthquake that hit Ghana in the early hours of today, June 25, 2020. But to me, joking with the earthquake In Ghana is very senseless. You don’t joke with such natural disaster because armed men in Ghana demolished part of Nigerian High Commission in Ghana […]

An Anambra couple have been called out for maltreating their 8-year-old househelp. The couple identified as Mrs Ogochukwu Anichukwu and Mr. Emmanuel Anichukwu were accused of flogging the little girl mercilessly and starving her repeatedly. It was further gathered that the girl has been seen several times eating sand because of starvation. The couple were […]

CCTV Camera Captures How A Lady Stole N50,000 From The Shop Of Vice President Osinbajo’s Daughter

After Engaging Chioma With A Ring, See The New Girl Davido Is Rolling With

Vice President Osinbajo Knocks CBN Over Cryptocurrency, See What He Said About The Ban